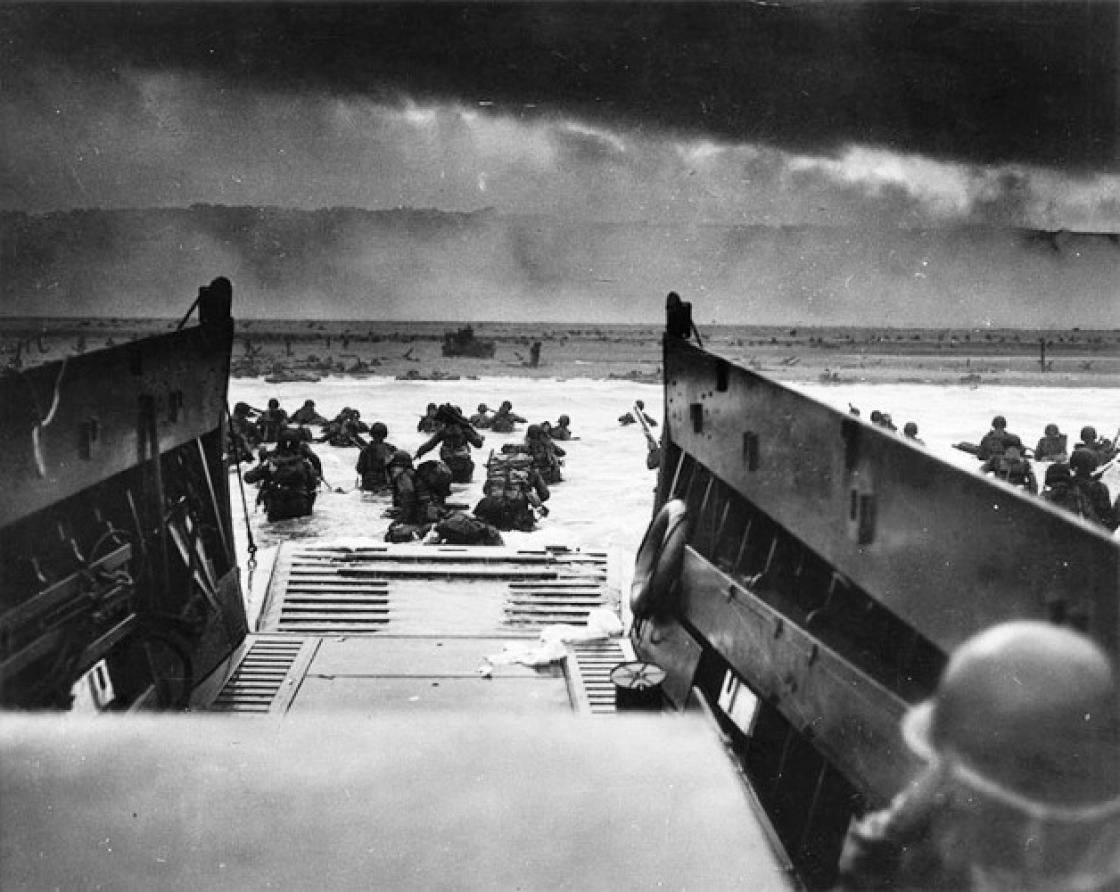 The history of William Benton

William H Benton from Lexington, Oklahoma, was 19 years old when he was enlisted and assigned to 16th Infantry Regiment, 1st Infantry Div. in the late summer of 1943.

Originally assigned to B Company, he was moved to 2nd Battalion HQ during the preparation for “the biggest job of all”.

During the seven months spent in Great Britain his Regiment worked hard on a day by day training for the D-Day, attending long marches, drill, chemical and amphibious warfare. Actual landings were made in Slapton Sands, Devon to complete the training process and the entire Regiment was reviewed by General Eisenhower on April 2nd, just few days after the alert order reached the Regiment, on March 31.

Nobody knew the exact day of the invasion but everyone knew that time to strike “Festung Europa” was approaching.

June 1st 1944 was the last day for 16th in England: during the day, 2nd Bn went aboard the USS Henrico in Weymouth harbour. According to veterans’ memories, the atmosphere was tense and full of expectation: the “Great Crusade” was started.

2nd Battalion was chosen to land at H-Hour in Omaha Beach in the area designated as Easy Red, to clear beach’s defences and capture Colleville sur Mer, two hours before darkness.

Unfortunately, nothing or almost nothing gone as scheduled for 16th Combat Teams on the early morning of June 6th: companies E and F were transferred on LCVP for the assault, while 27 of the 32 DD tanks from 741st Tank Battalion B and C companies sunk before they reached the beach to support infantry.

At about 600 yards from the beach, LCVPs came under intense enemy fire: they were close to Fox Green sector and not to Easy Red one as planned. None of the enemy bunkers or strongpoints were neutralized by aerial and naval bombing as supposed.

At H + 30 mins, at the time of Benton’s landing with 2nd Bn HQ, no more than a 7 yard beachhead was established: according to 16th Official History this was the smallest beachhead of the entire D-Day… and it least till the 5th wave of invasion when the assault troops of E company crossed the mine field and made the first breach into enemy defences.

Most of 16th companies reached their position under enemy fire and cleared their targets suffering heavy casualties to reach E-3 gap (a road running from the beach to Colleville) and E-1 gap (from the beach to St. Laurent). In the late morning, more than 100 of the 183 men of E company were KIA or wounded, G company only remained with 6 officers and 107 EM and the other companies of 2nd Bn were in similar situations.

9Early in the afternoon men were tired and ammunitions were low but fights continued in order to reach Colleville.

DDay was gone but 16th’s duty was not over: 2nd HQ moved from Colleville to Mosles and then to Ruisseau de Cottun during the 10th. In the meantime, LST 557 on Easy White was unloading 16th’s bedding rolls. A bitter surprise was waiting for 16th’ soldiers: on June 11, when blankets finally arrived to them, they noticed that most of bedrolls had been rifled.

16th stationed as Divisional reserve for the rest of June, occasionally engaged in patrol duties to protect the flank of 18th and 26th combat teams. Patrols continued in the early days of July, when the Regiment was moved to Caumont with an average rate of 50 daily actions.

On July 12th, 2 EM from 2nd Bn HQ were sent to patrol but no one came back. William H Benton was one of them as reported on MR on July 16th.

Previously declared MIA he was finally stated KIA on October 7th 1944 when “evidence considered sufficient to establish the fact of death”, as written in the report of death form NARA Archive.

This was the last day of activity for 16th in Caumont area: on July 13th, in fact, the regiment was relieved and a motor march moved back the 16th to Colombieres, in Calvados, were a bivouac was established.

On spring 2016, Benton’s shirt was found in a flea market in northern Italy and a long history of research, with Footsteps researchers’ team leader Myra Miller, started to honour and remember this guy who’s resting in Brittany American Cemetery in France.

This story and photos were contributed by team member, Alessio Parisi. If you are looking for information about a relative or military reports of a specific unit, please contact the team at www.footstepsresearchers.com